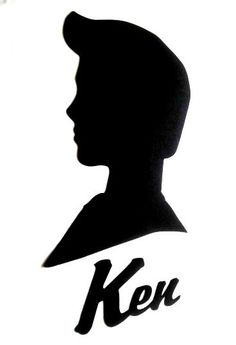 Ken Doll entered the world in 1961.
He is 55 years old.
He is physically perfect.
He is a fashion plate.
He is depicted doing something like 40 plus occupations.
But who is he?

What is his relationship to Barbie?
Friend?
Boyfriend?
Potential husband?
?

At 55, he is 2 years younger than Barbie.
Both are middle aged.
Yet both are still figuring out a ‘path’ for themselves.
Will they remain single? Married? Risk Separation and Divorce?

Will they take early retirement?
Are they Republicans?
Democrats?
Did they support the ‘occupy Wall Street movement’? Or the ‘Tea Party?’
How are they dealing with aging?

We know nothing of what it’s like to be a celebrity doll.
Their joys, sorrows, losses.
Now Barbie has a new look- petit- tall- curvy
Will Ken still find her attractive?

He’s middle aged as well- is he losing those perfect abs?
His ‘hot’ sexuality’?
Do they consider Botox?

After all these years, are they suffering from ‘relationship fatigue’?
Does Ken have a wandering eye? Does Barbie notice his receding hairline?
These are serious issues for America’s most famous ‘Doll Couple’.

Will they prevail despite the competition from action figures and video games?
What will become of them???
In keeping with the theme of resilience- Barbie and Ken are models of resiliency.
Over the years they have embraced societal changes regarding gendered roles and
gendered occupations- they find a way!

They think strategically –
They live in the moment-
Next stop- perhaps a reality show- ‘keeping up with Barbie and Ken.’
Who knows?